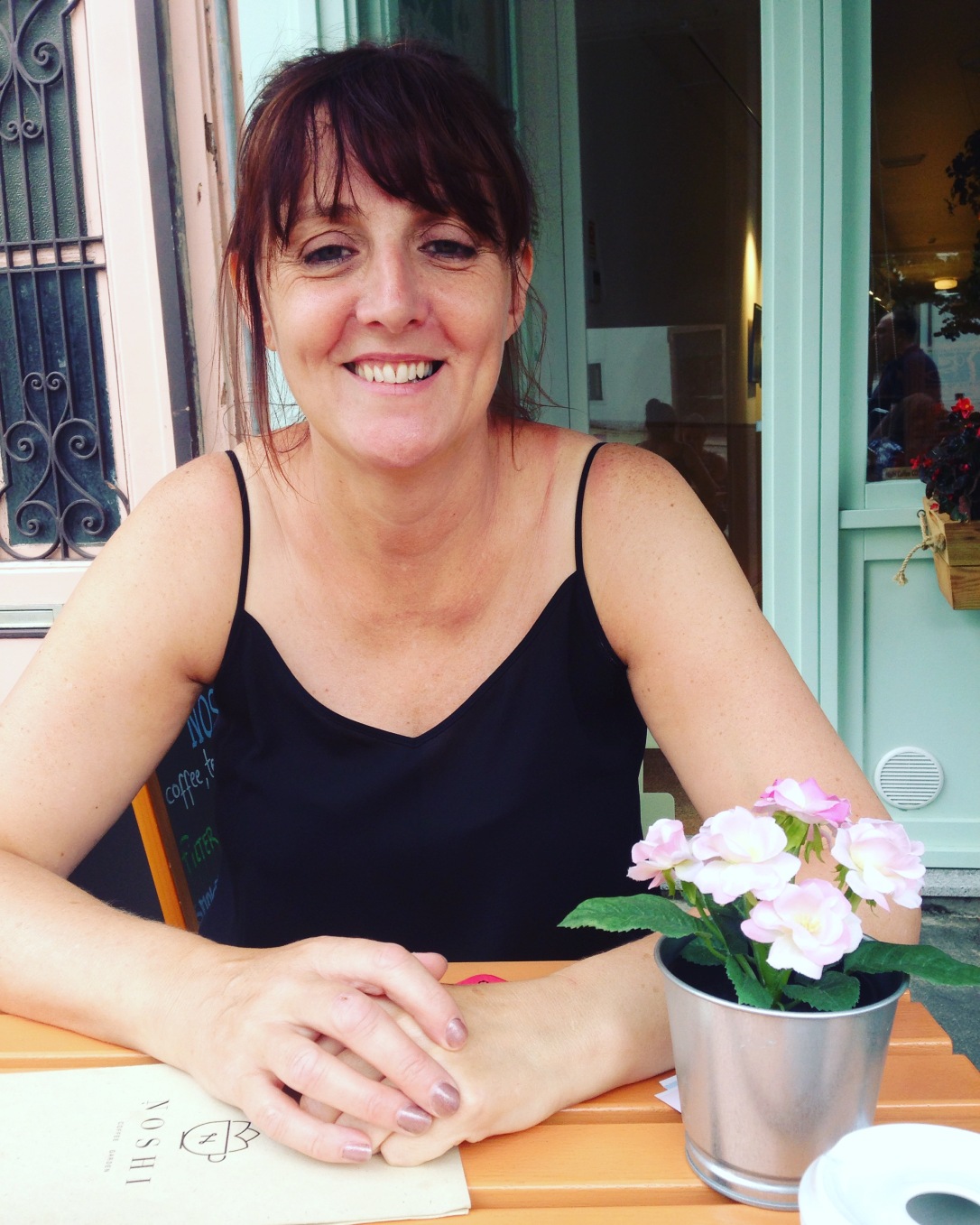 As I won’t be here to celebrate with her, I decided to book a surprise trip. Unfortunately, keeping secrets is not my strong point and in a discussion that started with ‘What is AirBnb again Emma?’ I blurted out that ‘Well when we go to Porto, we’re staying in an AirBnb and it’s someone’s apartment…’ Sigh.

So, on Sunday 16th July, we flew from Manchester Airport and spent four blissful nights in Porto. Quite a few budget airlines fly to Porto (RyanAir, EasyJet and Monarch) from a variety of different UK airports, so if you fancy a trip it’s worth shopping around for a good flight deal! There are also an abundance of beautiful AirBnb’s which are often cheaper and nicer than the hotels, if you prefer. Porto also has a fantastic metro system so definitely no need to get airport taxis or transfers.

We arrived in Porto at around 6pm on Sunday evening. The sun was shining and the city was bathing in a glimmering golden light. Typical Portuguese tiles adorn the majority of buildings. Streets twist and turn making it easy to get lost amongst these hilly paths but this only adds to Porto’s charm. 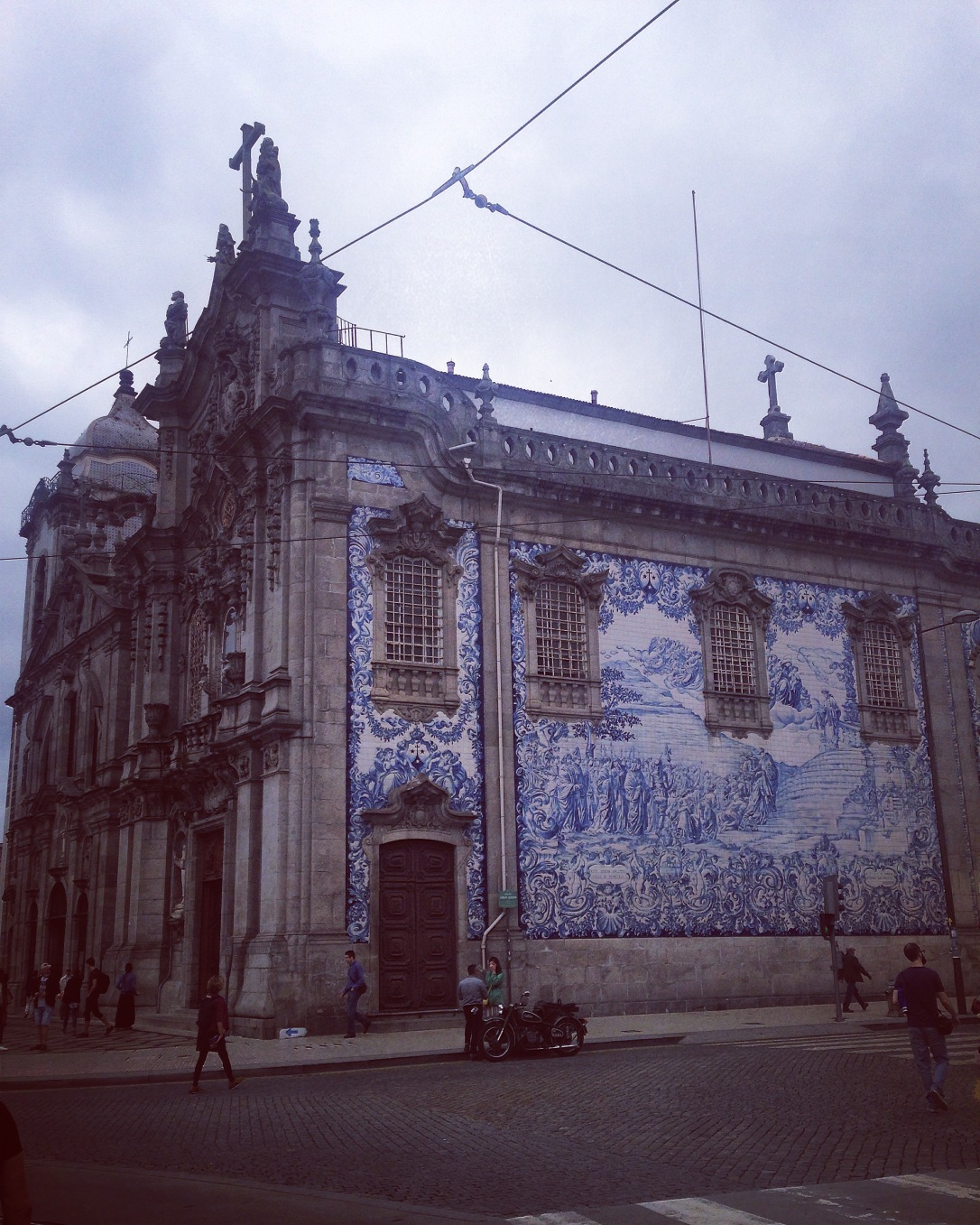 What you cannot know, only from looking, is the history behind all these beautiful buildings. Cue one of the best city walking tours that I’ve been on, courtesy of Porto Walkers. We joined the Classic Tour which starts at 10.45am each morning and lasts three hours. Alternatively their is a Lifestyle tour which starts at 3.30pm for the same duration. 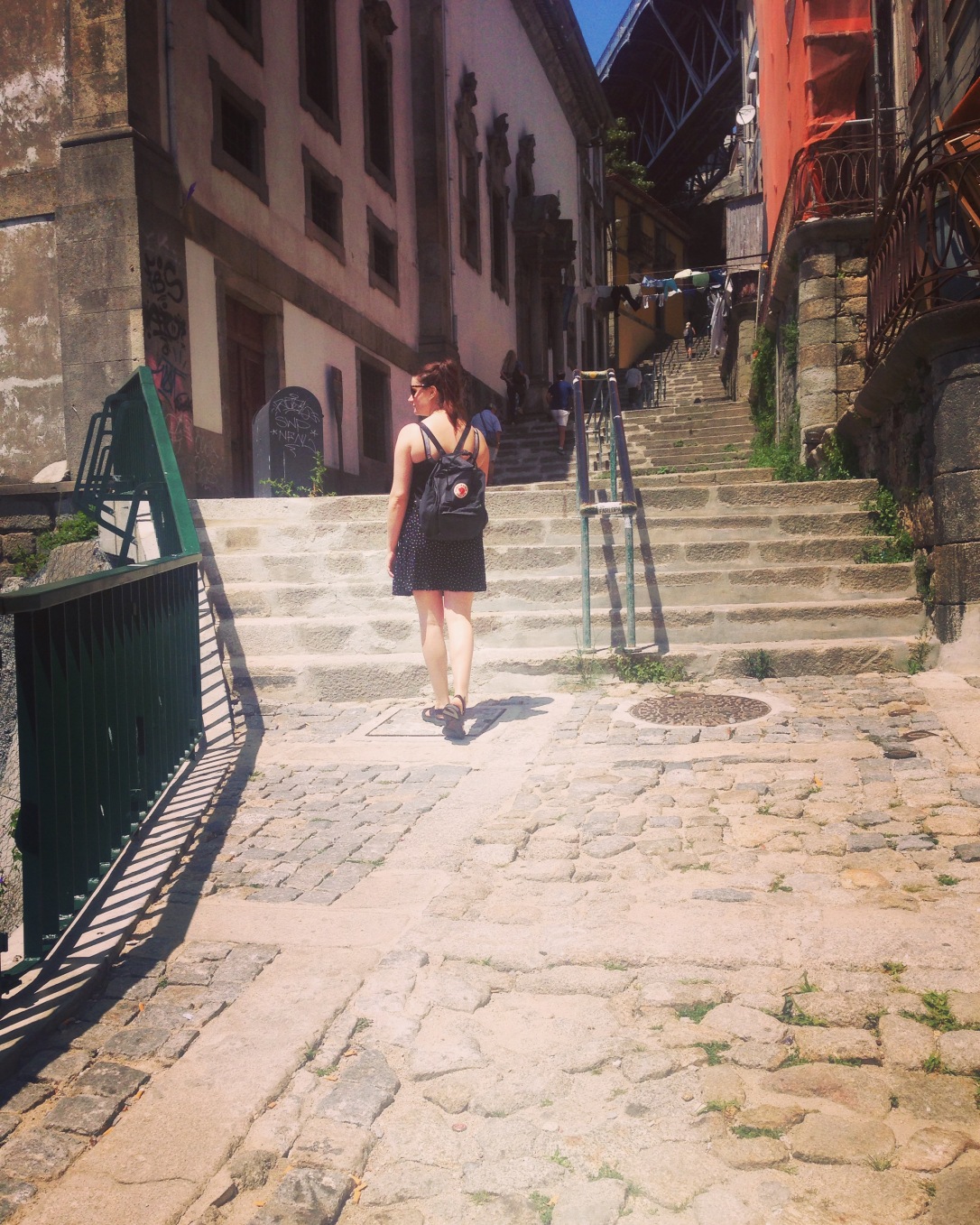 We started by introducing ourselves to the group and our tour guide, Pedro. He then explained to us a brief history of the city and the significance of the Catholic Church in Porto before leading us to the beautiful São Bento railway station which took 16 years to build! Looking at the attention to detail it’s easy to see why it took so long… 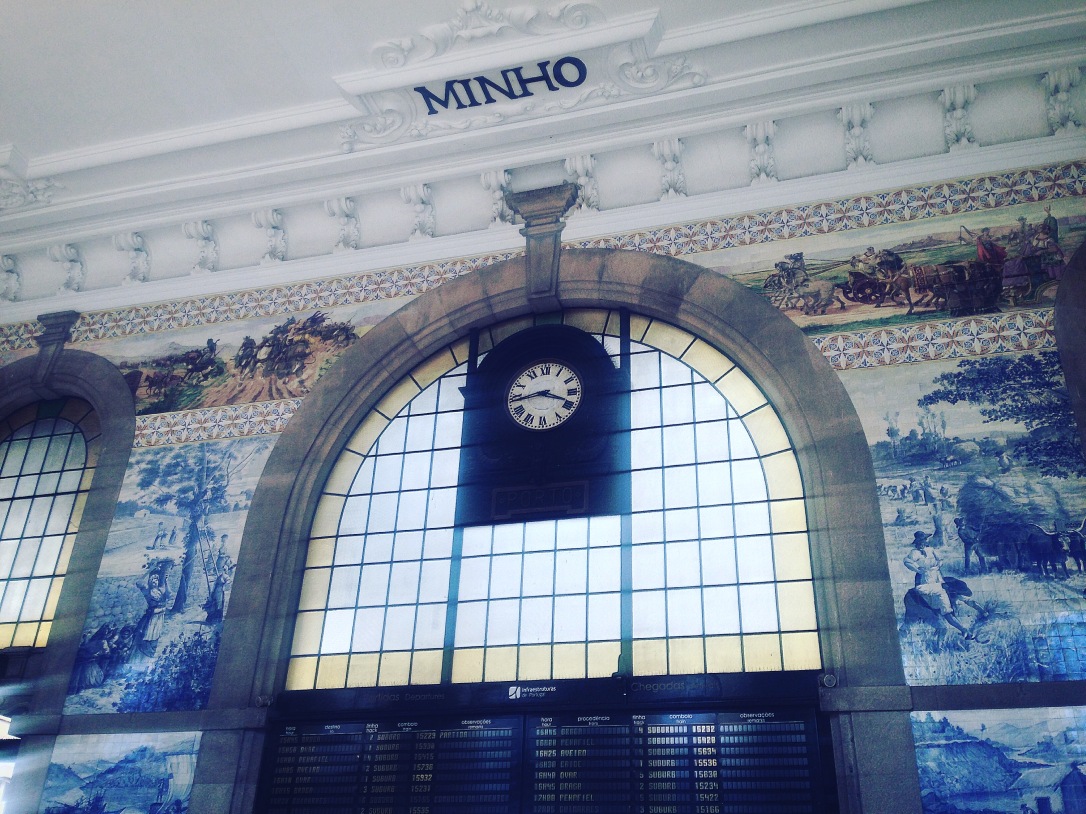 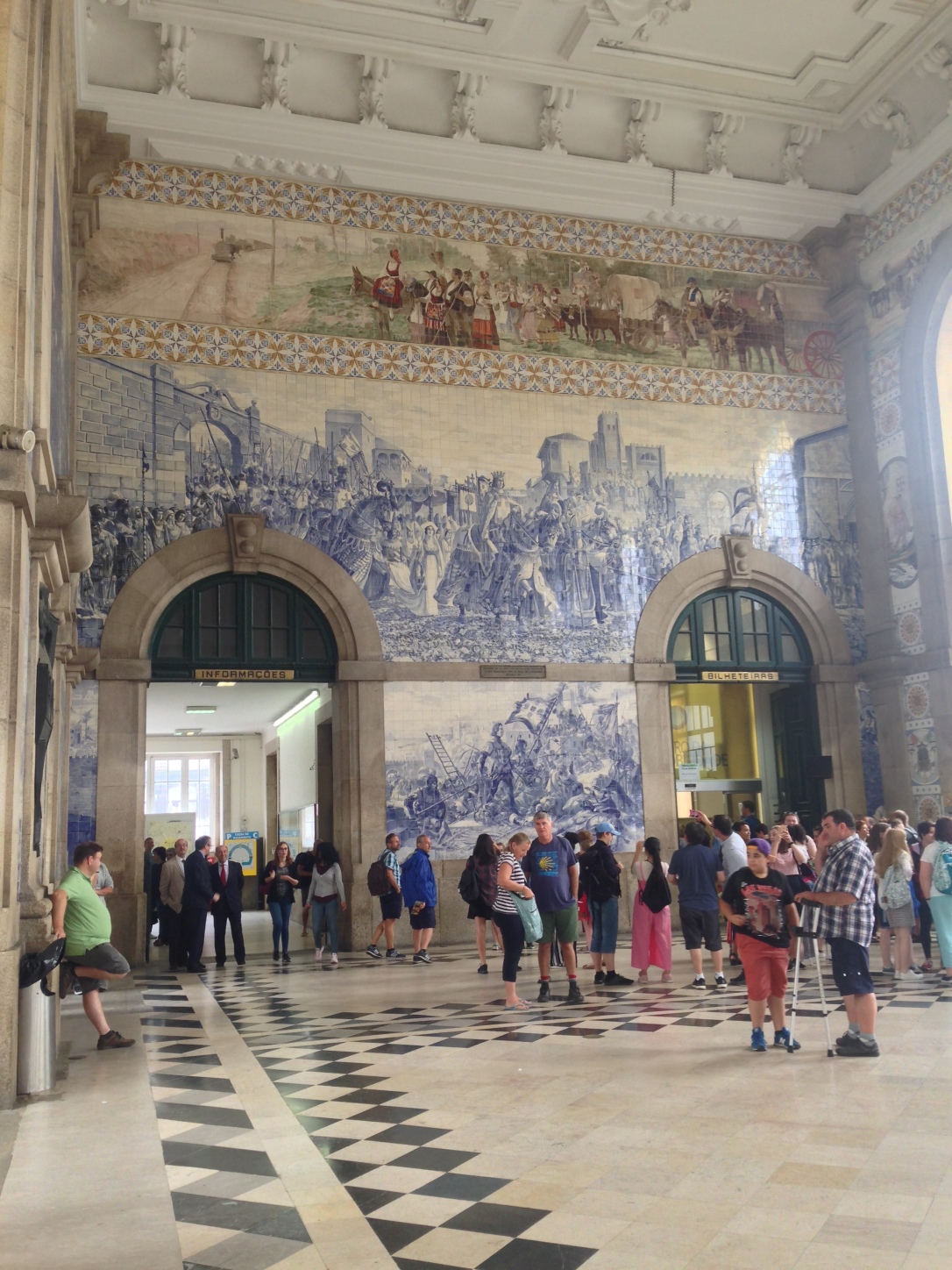 We then followed the tour up through the shopping streets before arriving at one of the beautiful churches. Between this and one other church, which we found a few days later, there is over €50million worth of gold decorating the interior… Think of this what you will! 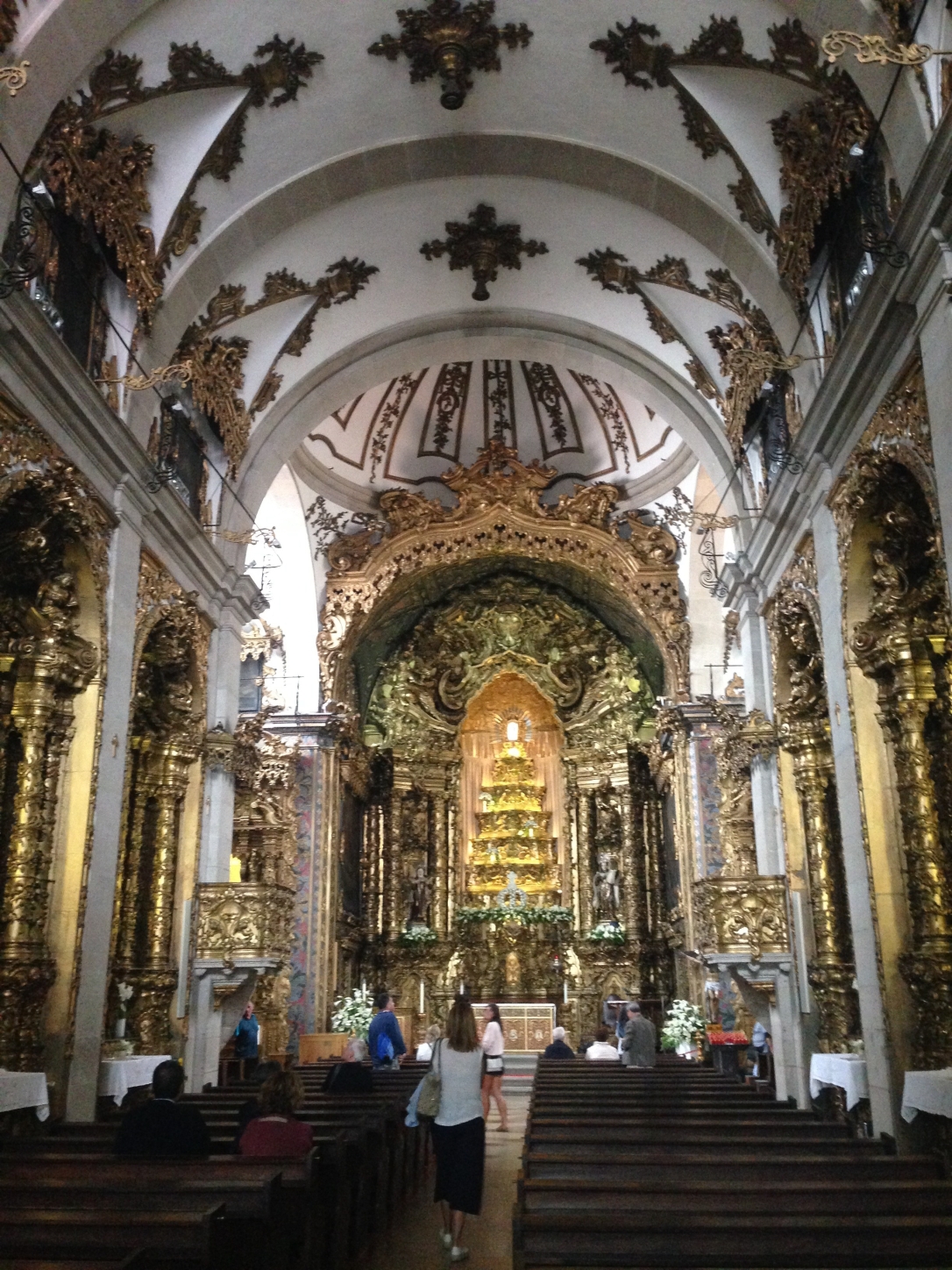 We then wandered over to the gigantic Ponte Luis I Bridge which leads you over the River Duoro and into the neighbouring city of Gaia, before wandering back past the cathedral and down the beautiful hilly streets leading to Ribeira. 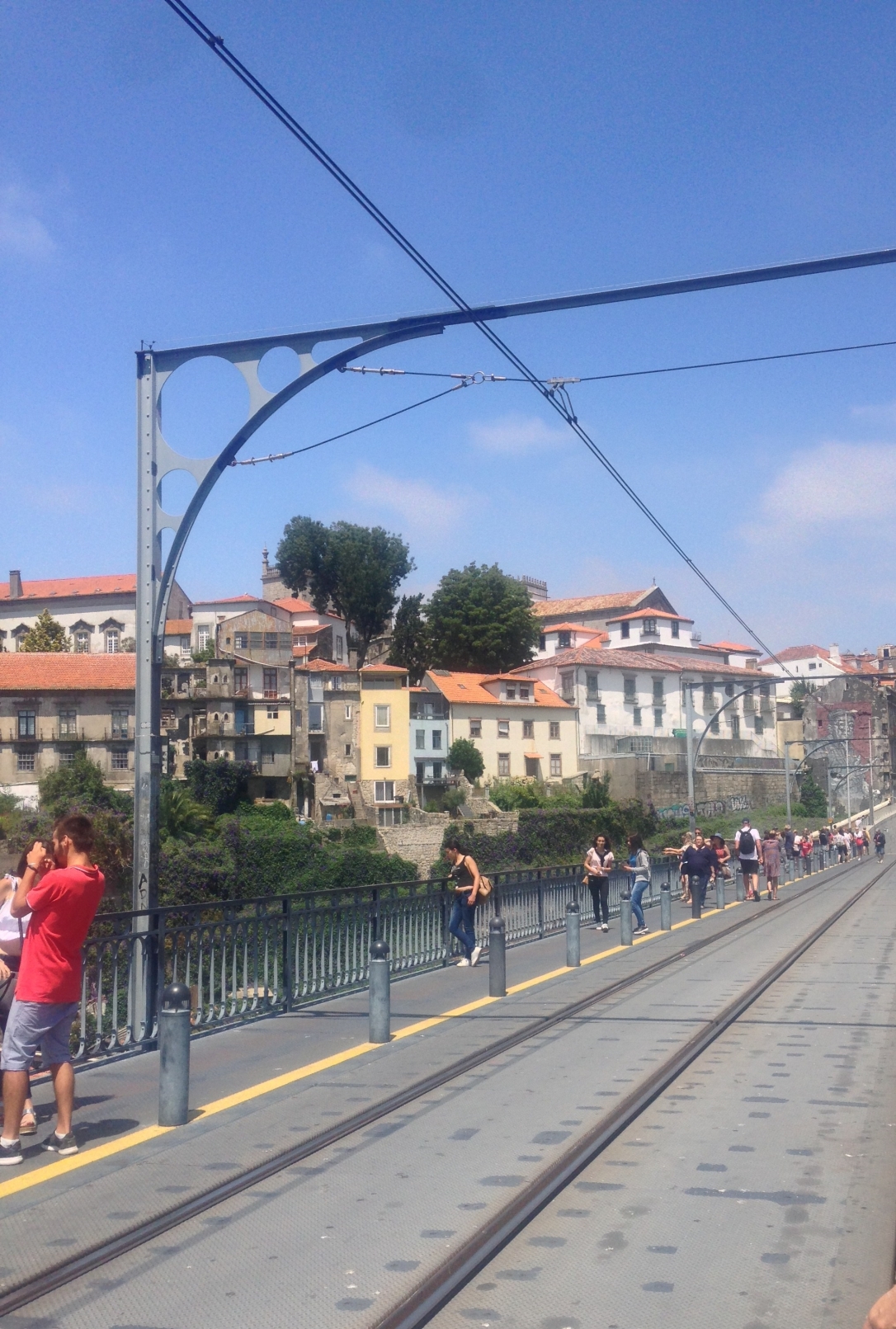 Whilst walking through these narrow, winding streets Pedro promised us the best chocolate cake that we had ever tasted and he wasn’t lying. Nestled in a tiny little street, a lady called Teresa makes the most beautiful chocolate cake and mousse that she sends to restaurants. Luckily for us, she has an agreement with Porto Walkers and she will serve their customers cake and mousse when they arrive! 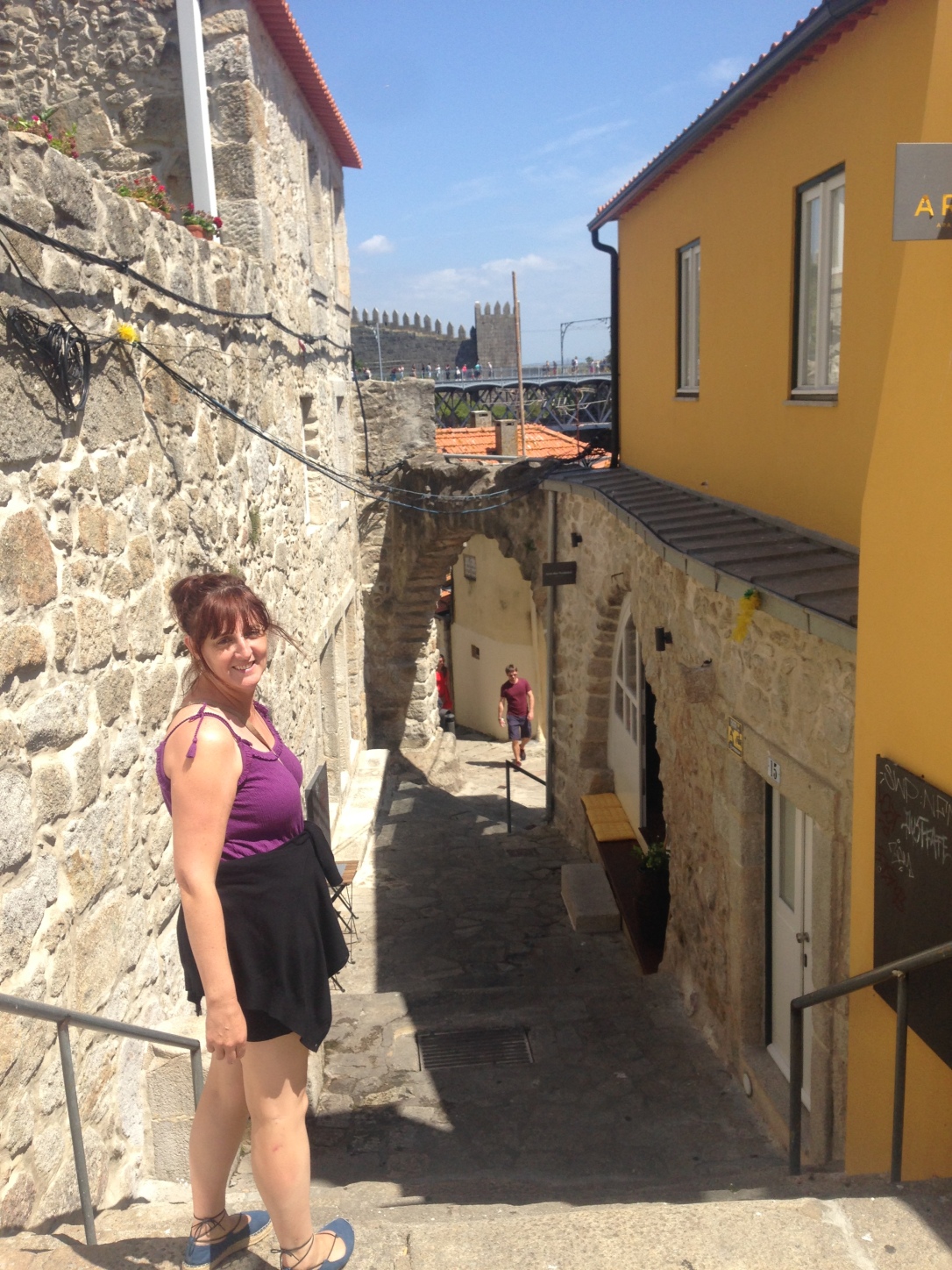 We finished our tour on the shores of the River Duoro, otherwise known as Riberia do Porto. Here many restaurants line the river and in the evening their is an abundance of street entertainers alongside a beautiful view of Ponte Luis I Bridge. 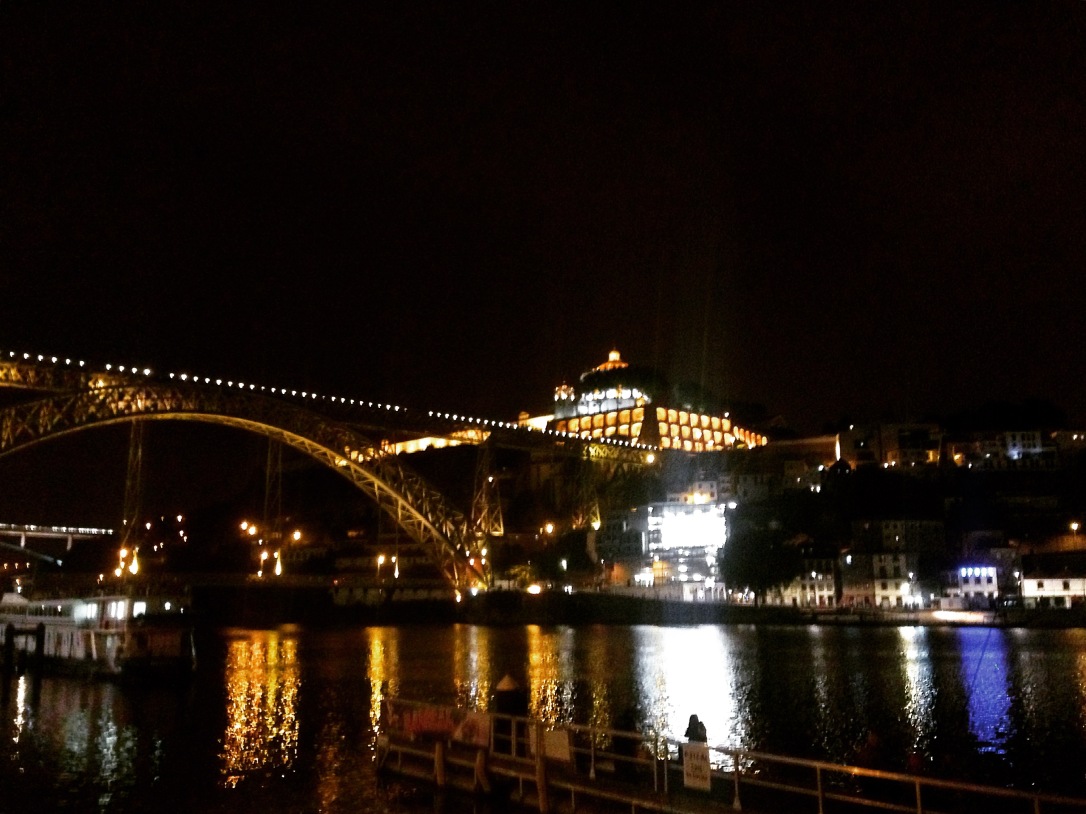 We enjoyed the tour so much that a few days later we completed the Porto Wine tour with the same company! We spent four hours (3pm-7pm), tasting 7 different ports across three different wine cellars before ending the evening at a rooftop bar. During the afternoon, we learnt so much about the history and process of making and tasting port. Much to my mum’s amusement, the thing I learnt the most is that actually, I really dislike Port! Not very cultural, I know. However for €20, I really would recommend the tour. 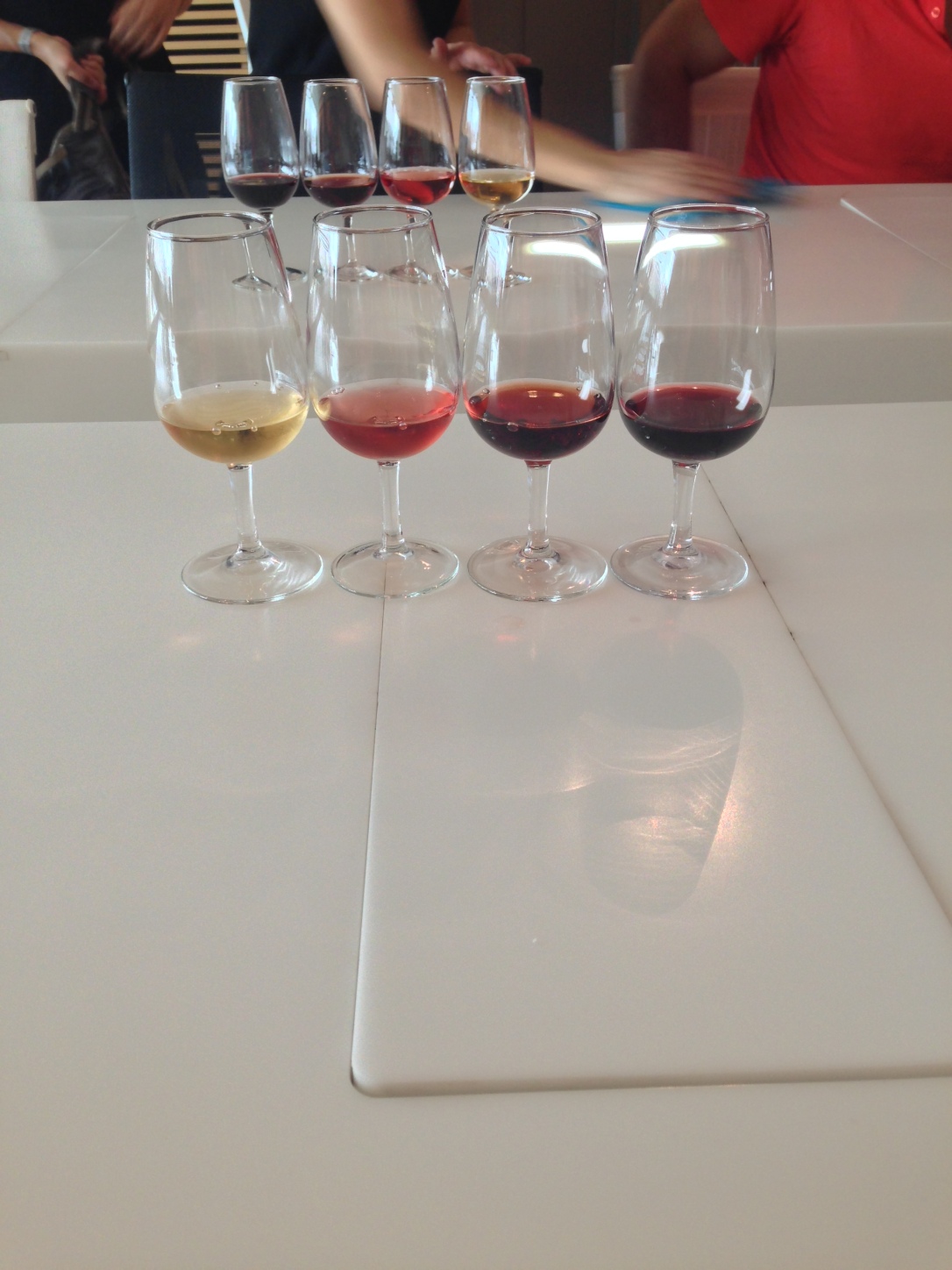 In our remaining time in Porto, we managed to do a variety of things. We visited Livraria Lello, the bookshop that was frequented by JK Rowling as she was writing Harry Potter and was said to be a huge inspiration. A long queue, but it is fast moving and despite it being a little overcrowded, it really is beautiful. 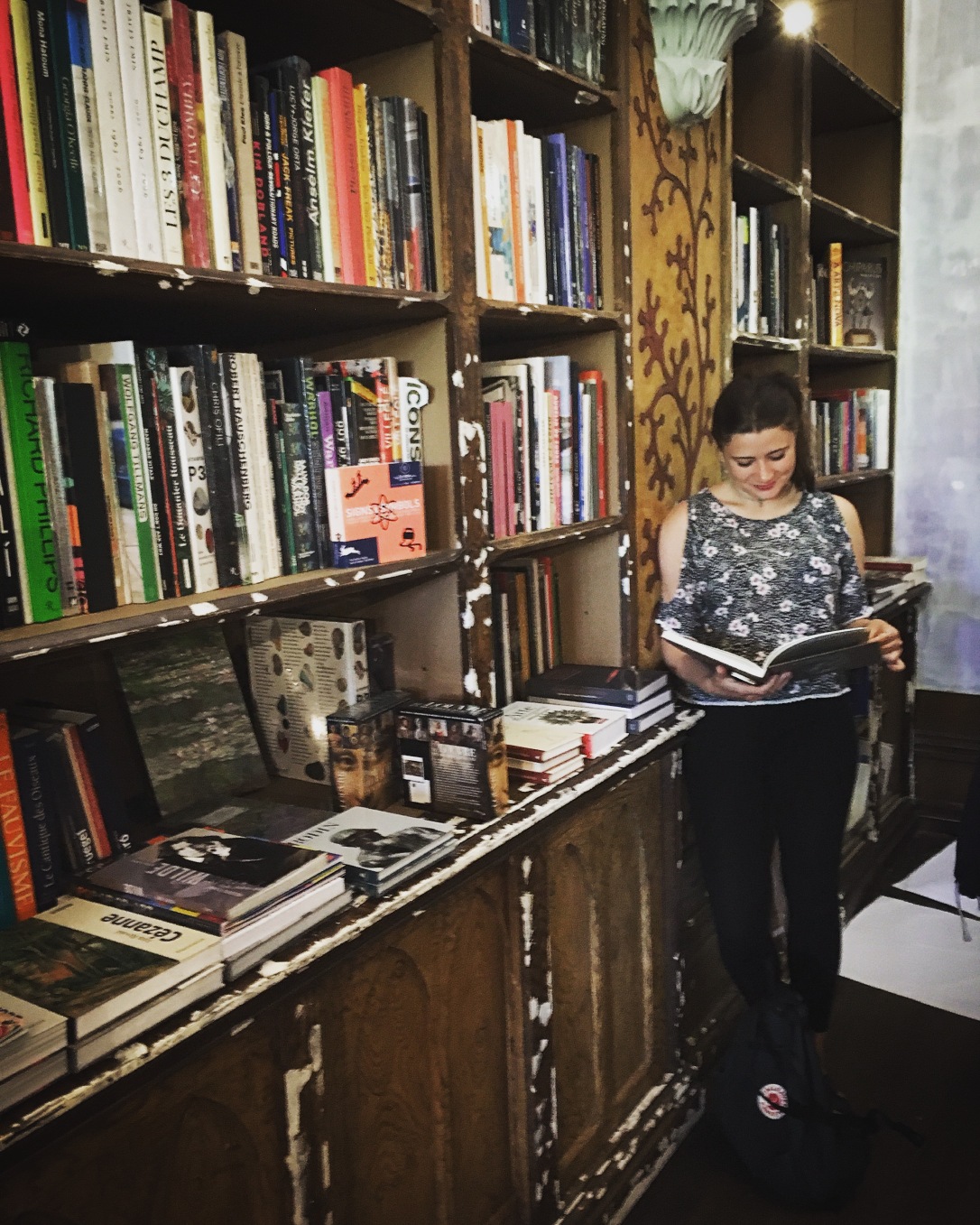 We hopped on a traditional Porto tram to the beach at Foz do Duoro. Here we walked along the pier amongst the fishermen and watched some dolphins playing, before spending a little time relaxing on the sand. Trams run every 20 minutes from Ribeira or alternatively, the number 500 bus runs from São Bento railway station, passing through Ribeira before arriving in Foz. 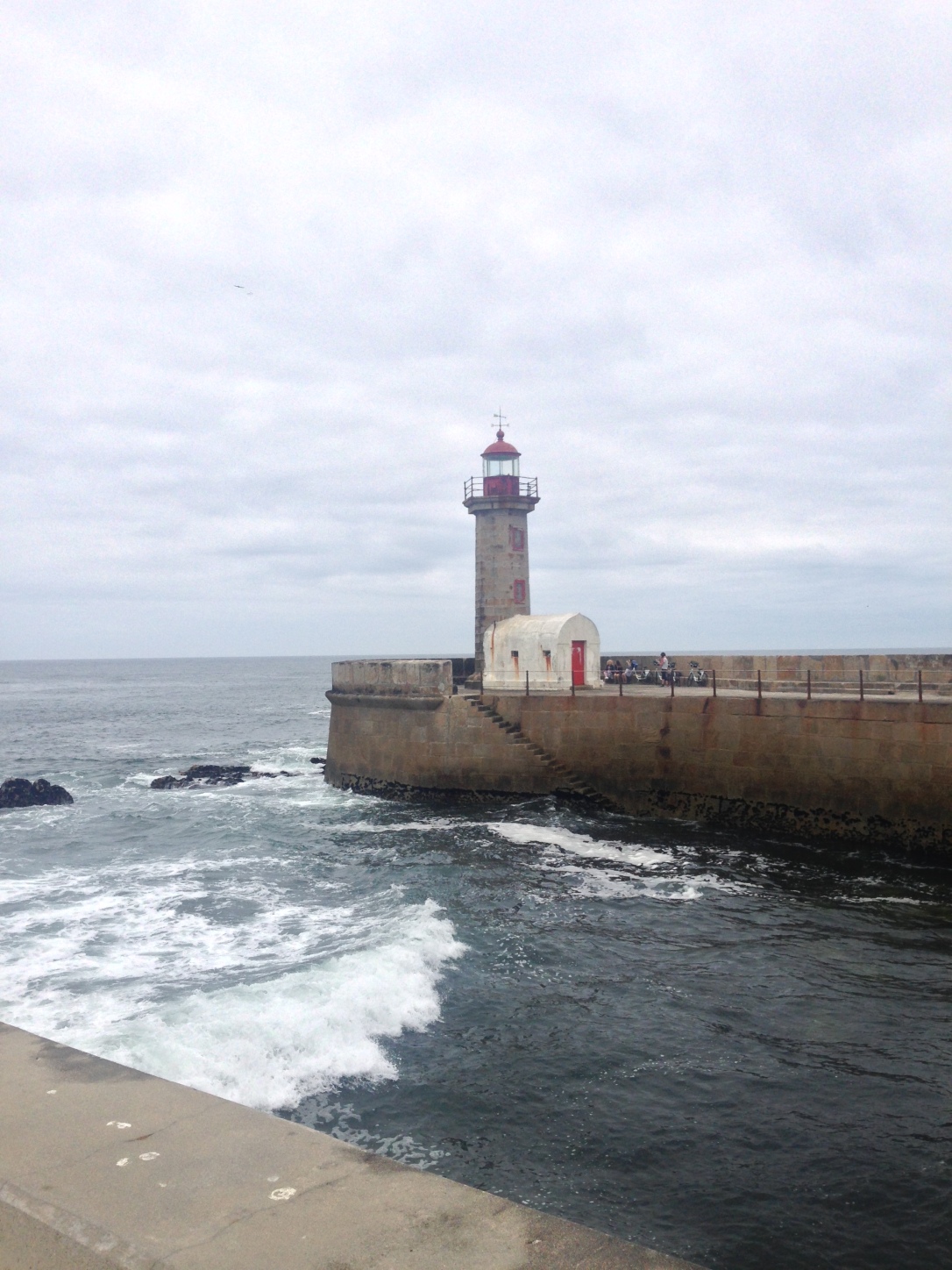 We explored the beautiful Bolhão Market and bought the most delicious olives, bread, cheese, sardine and fruit to create picnic which we ate with the best view of Porto, from Jardin do Morro in Gaia. 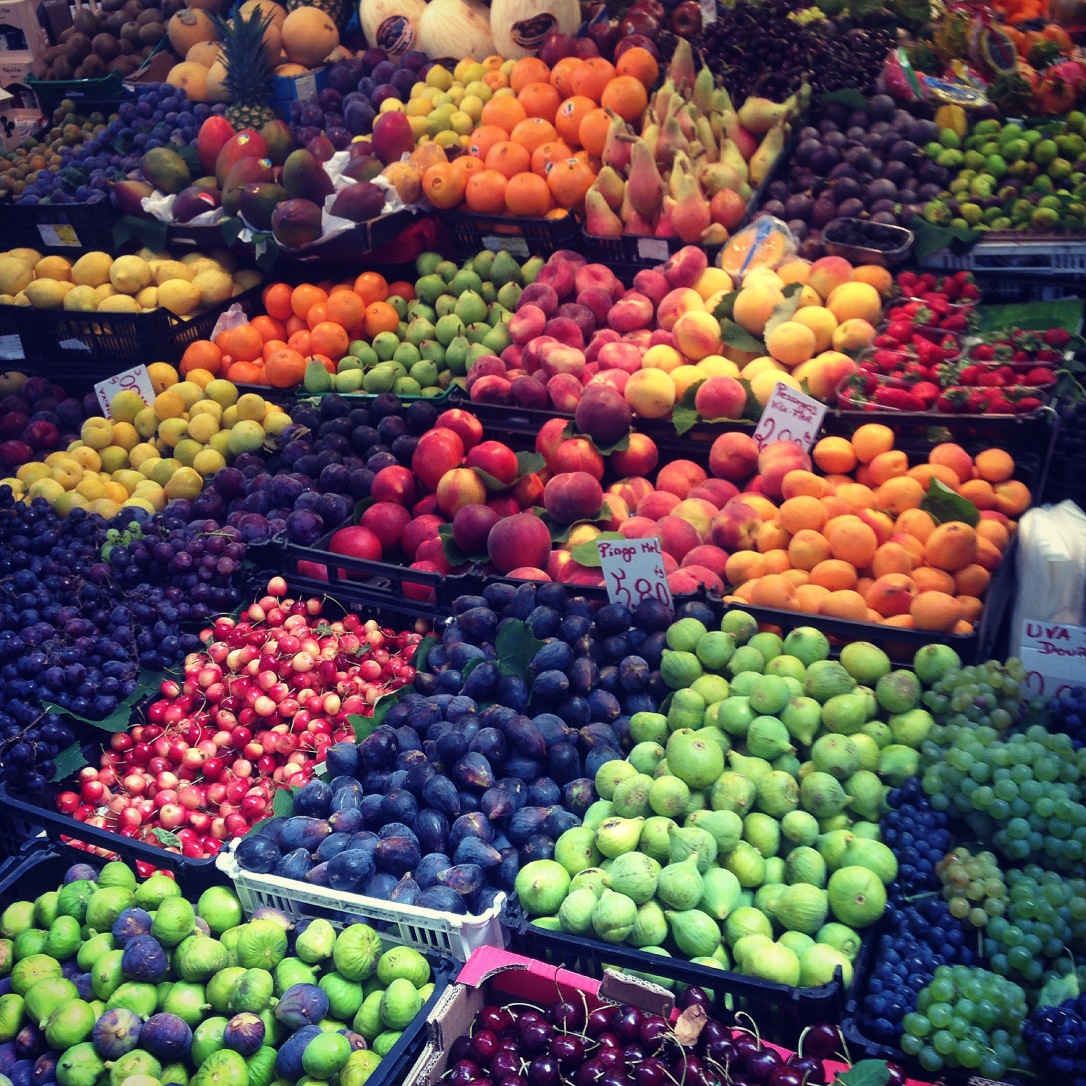 We admired lots of impressive street art, both in Porto and Gaia. 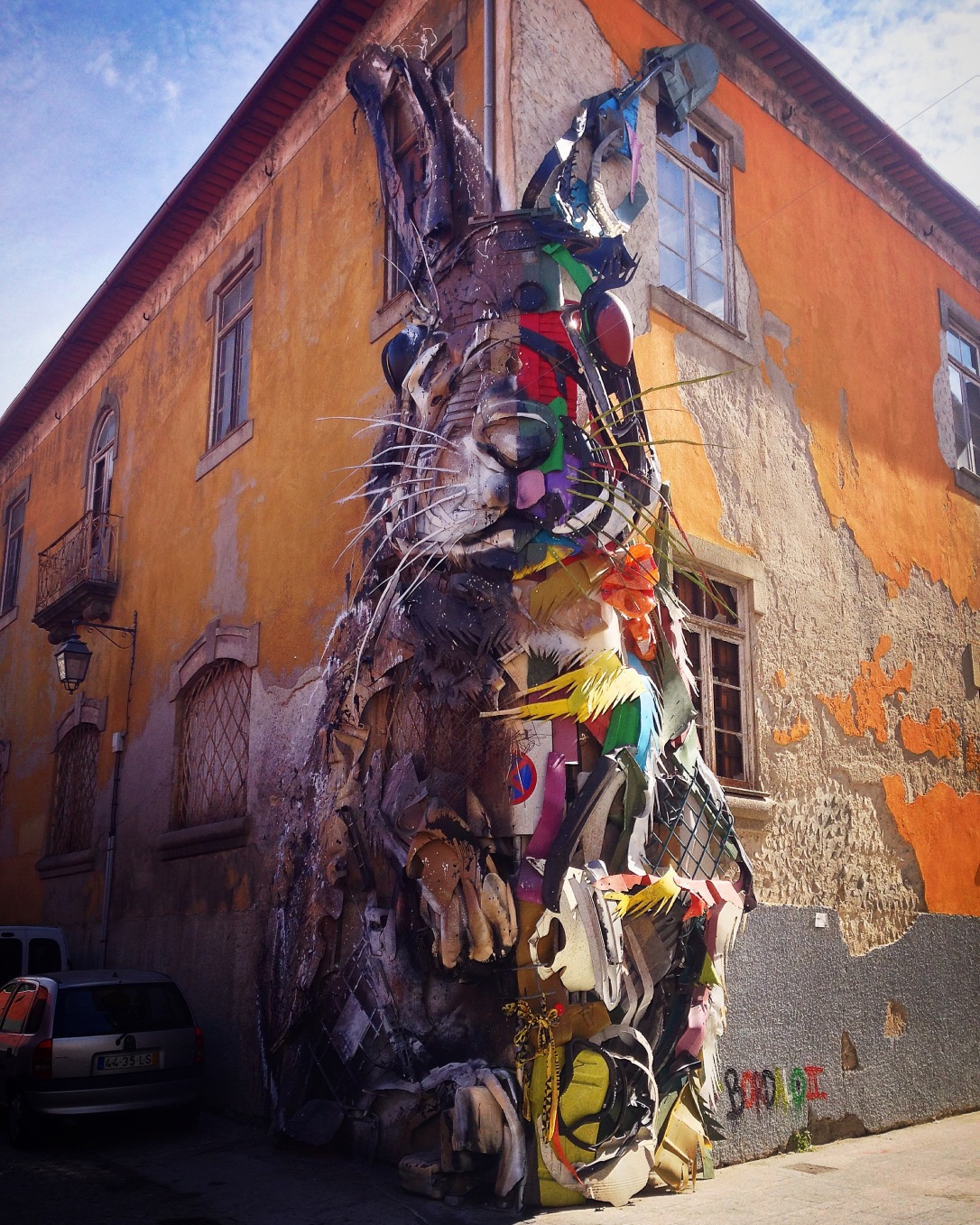 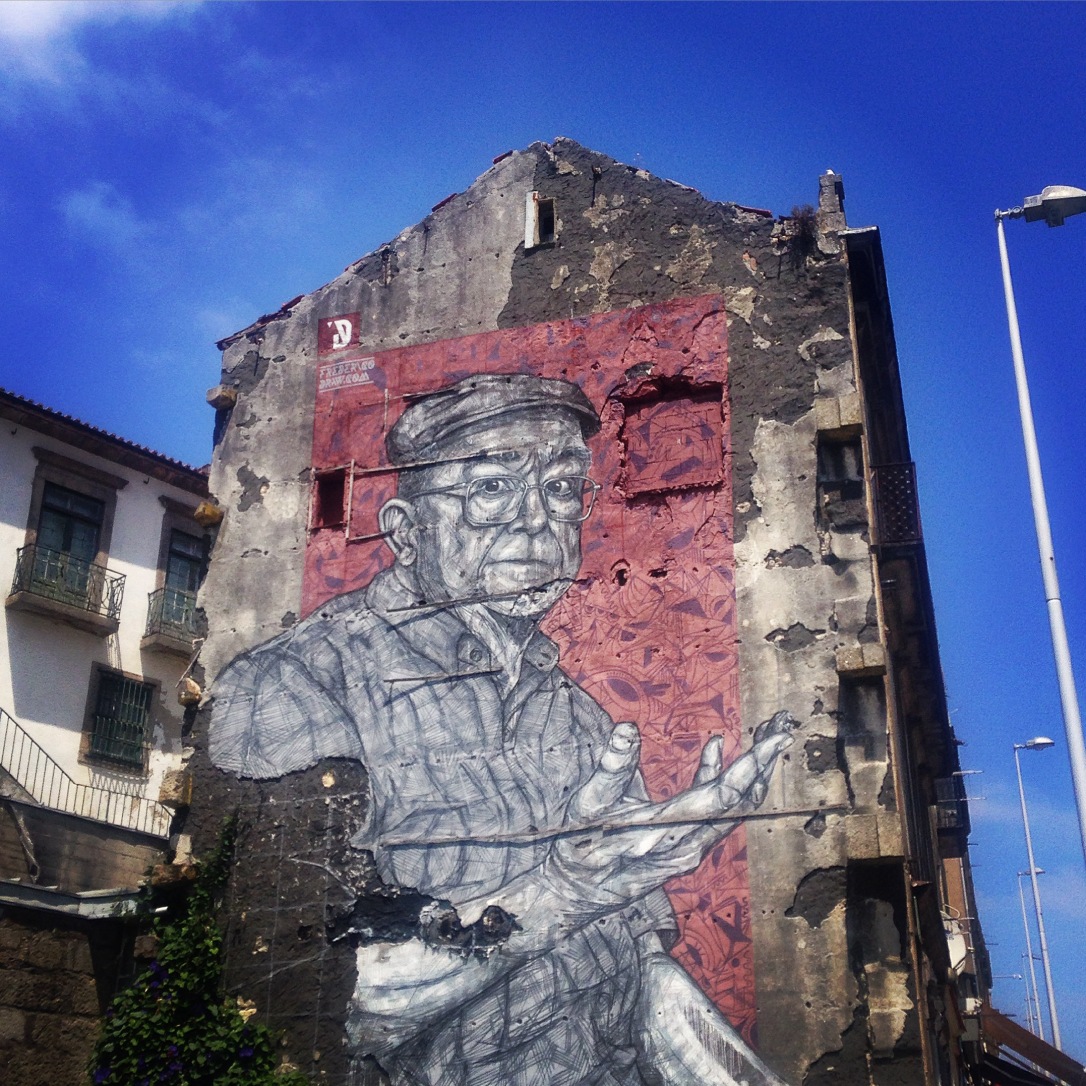 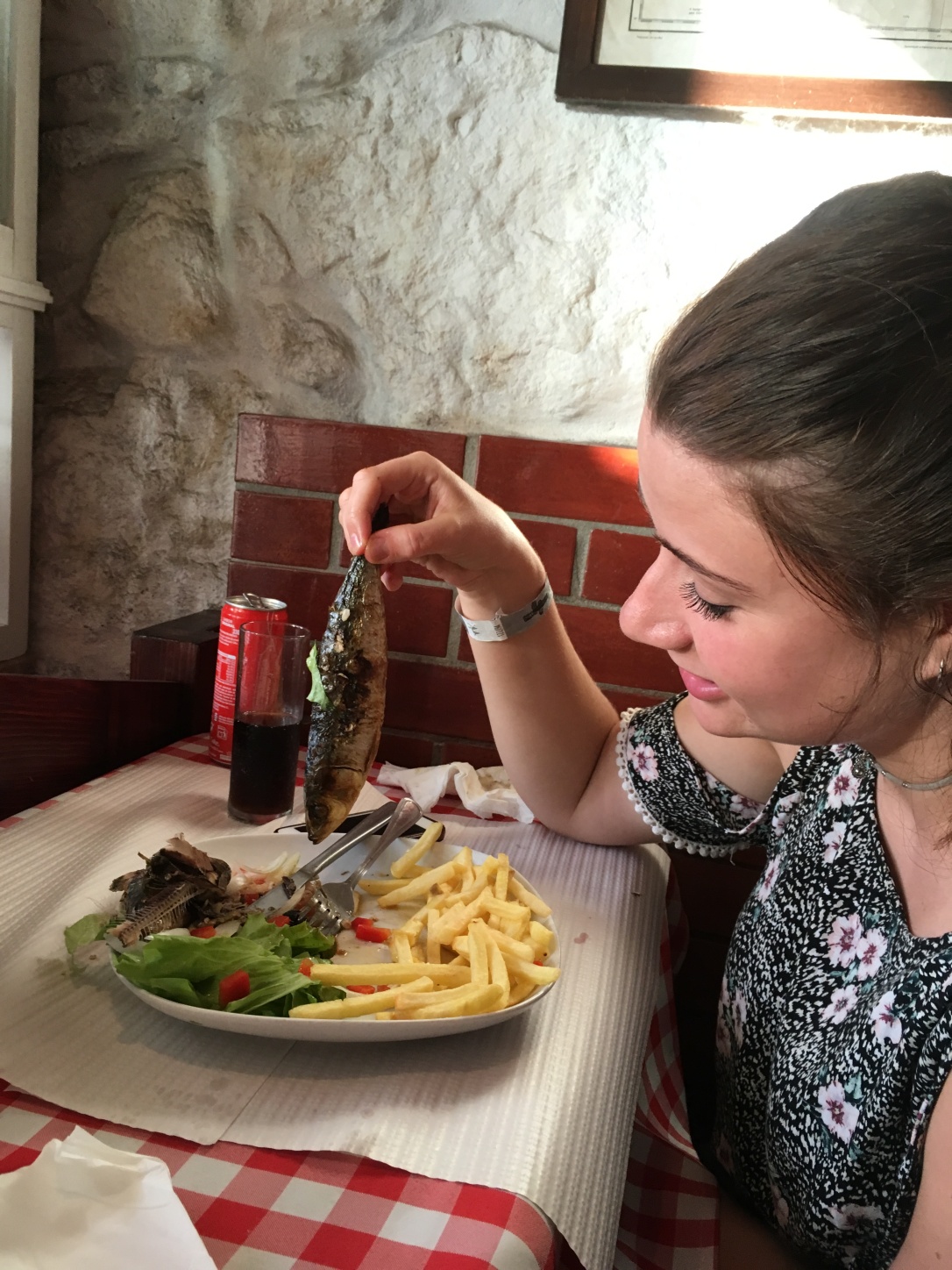 Porto really is the perfect destination for a short escape. The city is small enough that in a few days, you can see all the attractions, whilst still finding some time to relax. The city is picturesque and photographers will delight in the little streets. Food lovers will enjoy the variety of dishes and wine lovers will love the Port. Not quite a budget destination but easily cheaper than many capital cities across Europe. 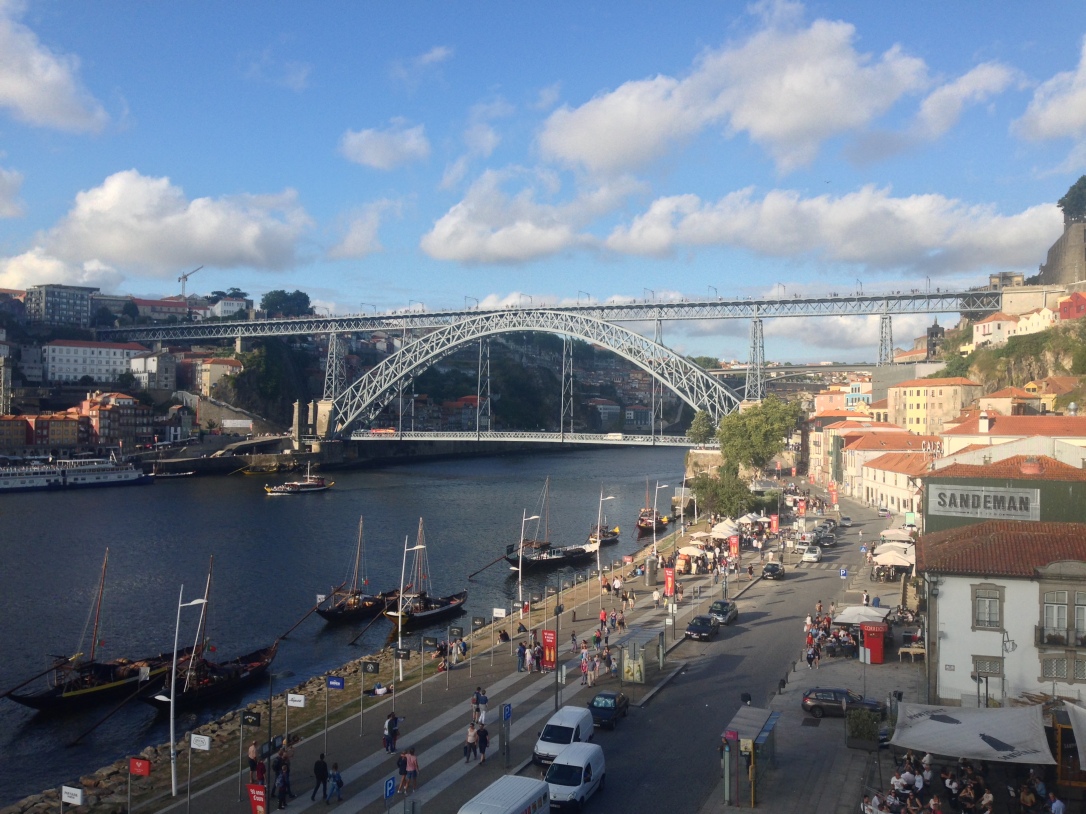 Beware though, the city is also the hilliest destination I have ever been to and it really did give my legs a good work out! Suitable footwear (not flip flops!) is recommended. Also, bring a jacket, the Atlantic ocean can make Porto a windy destination, which isn’t as hot as the rest of Portugal.

Have you ever been to Porto? Are you planning on taking a trip?

View all posts by thisteachertravels

1 thought on “Porto; a short guide”

There was an error retrieving images from Instagram. An attempt will be remade in a few minutes.